Ghost in the Closet 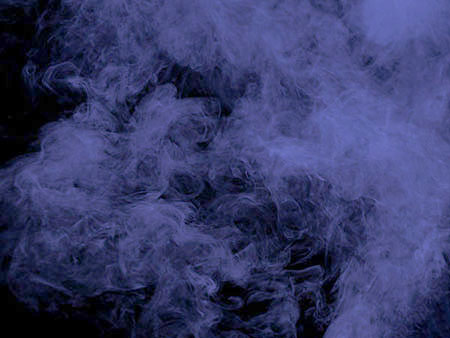 As children, most of us were probably frightened, at one time or another, of the monster under the bed or in the closet. I never dreamed that, as a college student, I would be a witness to a string of eerie paranormal disturbances—some of which really did emanate from a bedroom closet.

These strange events took place in my friend’s house. The room where the disturbances occurred did have a history; an older family member, years before, had been convinced there was a presence in the room. She had never felt comfortable there. Years later, when my friend “inherited” the room, and the presence began to make itself strongly known, I was one of the people who experienced it.

I heard the eerie rapping on the (second-story) walls; it would happen in different places in the room, sometimes close to where one of us was sitting, sometimes not. I felt the pervasive, unnatural cold that would settle on our clothes and skin. I saw objects move when no one was near them; once, a pack of cigarettes slid across a table. A stereo turned on and off by itself. And I heard the distinct sounds of thumping and banging that sometimes came from the closet.

Needless to say, everyone wanted to stay away from that closet, and my friend decided she felt safer with a tall, heavy bureau wedged against the closet door. But: when items began disappearing from all over the house, she had a terrible feeling where they might be. I was with her on two of the occasions when she finally looked inside the closet.

I’ll never forget the chilling shock of seeing what was inside. The missing items from the house were there—plus some additional things that no one had realized were missing. We found a magazine, a ticket stub, drawings, photos, plaques, and other objects, tangled up with the old clothing and books stored in the closet. We also found a recent magazine illustration that didn’t belong to anyone in the house; we never did figure out where it came from. And a couple of the paper items were crumpled.

After each of the two times we looked inside the closet together, we took out the items that had been missing, and put everything else neatly on the shelf. The third time my friend opened the closet, the stuff on the shelf had been tossed onto the floor.

Was all of this a hoax, or some crazy practical joke? I don’t think so. I knew everyone who lived in that house; my friend and her brother were genuinely terrified about what was happening there. I can’t imagine either of them carrying on a hoax that lasted for over a year and a half. Their mother, a no-nonsense sort of woman, certainly wouldn’t have done it. And the other person in the house was too ill to be physically capable of it.

I can’t find a rational explanation for all the strange occurrences that took place, either. Even if some of it was hysteria or exaggeration or a mistake, that wouldn’t explain everything. Having been there to witness these things first-hand, I knew I was in the midst of something totally beyond normal comprehension. My view of reality was never the same after that.

I believe that the spirits of deceased people don’t always entirely leave our world, hovering between the seen and unseen, with their presence echoing back to us in what we call hauntings. I also believe that there are other kinds of non-corporeal beings who were never human, and whose presence occasionally seeps into our familiar reality. Maybe, sometimes, something in our own consciousness attracts or feeds or stirs up these “visitors”; I wondered about that in the case of my friend, who was an experimenter in some of the darker aspects of the occult. The presence in her home became much more disruptive after her experimenting started.

So: do I think her visitor was a human spirit, or something entirely different? I had a feeling it was human, a male. But I’ll never really know for sure. I think that’s one of the things that intrigues me most.