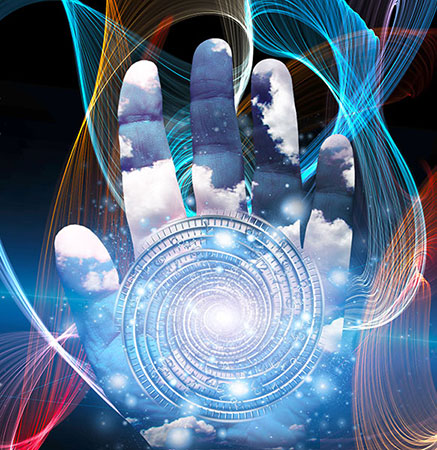 Have you ever been able to sense what happened to a loved one after death? I have. I wasn’t trying to; in fact, I felt surprised when some distinct impressions came to me about family members who had died. I was also surprised at how these loved ones seemed to react to their own passing—and where their journeys took them after they crossed over.

The person who surprised me most was my uncle. While he was alive, he seemed to be a pragmatic, no-nonsense, cynical sort of guy; he never seemed to have much of a spiritual or religious leaning. But shortly after his death, I was startled to pick up a distinct impression of him leaving his body with ease, and rising up with a great sense of freedom and joy toward the spiritual realm that was his home—just as he’d always expected to.

I was totally floored by the fact that I even had this impression—and by the fact that it also seemed to indicate an inner spiritual life I never would have expected from this uncle. In the end, I decided he must have been one of those people who was very private about his spiritual beliefs. I felt happy for him, in that he seemed to clearly understand where he came from and where he was going.

By contrast, there was another male loved one of mine who was intensely devout and religious during his life—but then fell into a kind of dark, ominous turmoil after he died. These were some of the strongest impressions I’ve ever had after a family member’s passing. On the two nights before his funeral, I could feel, and almost see him lingering heavily in his house, consumed in a dark unrest that seemed to have some potent anger at its center.

In all honesty, the dense, heavy quality of his energy scared me away from trying to help. And I wondered why he was caught up in such turbulence. In trying to be pious during his life, had he been suppressing a great deal of anger, an anger that was finally freed when he left his body? Or did this very religious man—a good man, who had spent so much of his life in service to other people—carry into his death a feeling of not having done enough, of being too sinful or angry? Did he end up experiencing the torment of Hell as an expected punishment?

Over time, I was able to send him some prayers and healing. And a day came when I could sense that he had moved on from his turmoil. But I find myself wondering how many people fall into this kind of torment after death, because of the expectation of being punished, or sent to a place called Hell—which, I believe, exists only as a state of being created by one’s own fears and expectations.

My father was another person about whom I had some strong impressions after his death. While he was alive, he seemed to have little, if any belief in God. In his opinion, God didn’t help anyone, and our task as humans was to fend for ourselves and deal with whatever life threw at us. His death was quick and sudden, and I don’t think he departed easily; I felt a strange kind of jolt when it happened, like a brief, rough interruption in time. And then, some weeks after his death, my brother and I had a dream about him—the same dream.

We both saw my father sitting in a grey, empty place all alone, and I knew at once that he really hadn’t believed in anything; he had ended up in a kind of grey limbo because he hadn’t expected anyone or anything to be there for him. To me, that was very sad. I don’t recall whether I felt like I could do anything to help, but I remember feeling certain, somehow, that he wouldn’t be in that place forever. As with my other loved one, a time came when I could sense that my father wasn’t stuck anymore. And I felt such relief.

So—what’s to be made of all this? It seems to me that a person’s expectations, attitude, and spiritual beliefs can play a huge role in where they go after they die. But I don’t believe the story ends there. I agree with the mystics and metaphysicians who suggest that our journey of evolution carries on after physical death: no one stays stuck forever, and we all continue “moving up the spiral” into new experiences in this multidimensional Universe. Do we move toward the fullest realization of ourselves, or perhaps a perfect reunion with our Source? Either one sounds really good to me.