Book Review: Adventures in the Supernormal 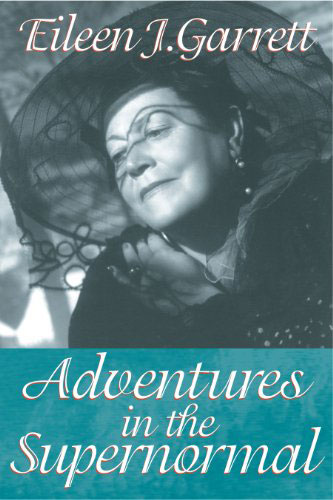 Over the years, I’ve amassed quite a collection of books on the paranormal, and I’ve learned something from each one. But there were a few that made an especially deep impression on me. Adventures in the Supernormal by Eileen J. Garrett is one of them.

This small yet compelling book is the autobiography of Eileen Garrett (1893-1970), one of the most amazingly psychic people I’ve ever heard about. In an insightful, unpretentious way, she describes a life that was far from typical—giving us a glimpse into the challenges of being intensely psychic, and sharing her perceptions of the unseen world that is hidden to most of us.

From the time of her childhood in Ireland, Eileen could see auras (“surrounds”) around people, animals, and plants. She perceived patterns of color and light everywhere, and saw how they interacted with the energies of living things; she even saw and communicated with spirits. As her life unfolded, she would exhibit practically every psychic skill I know of—precognition, telepathy, psychokinesis, spiritual healing, and trance mediumship.

Eileen would participate in psychic research in both Britain and the US, where she was extensively studied and tested, and recognized as a credible, highly skilled psychic. She was, in fact, the subject of one of the most well‑documented, convincing episodes of trance mediumship in the history of psychic research: the R101 incident, involving the crash of the British airship R101 in October 1930.

As often as possible, Eileen Garrett also made herself available to people who needed healing or psychic help. In 1951, she also established the non-profit Parapsychology Foundation, which is still in existence today, supporting scientific and academic research in parapsychology. http://parapsychology.org/ Along with all this, Eileen also managed to be a book publisher, magazine editor, and the author of a number of books. A truly amazing story!

Adventures in the Supernormal is not a new book, but I strongly recommend it to anyone who’s interested in the paranormal. The book is available from Amazon and other sources, and I just might get one to replace my yellowed, well-read copy. It would certainly be worth it!